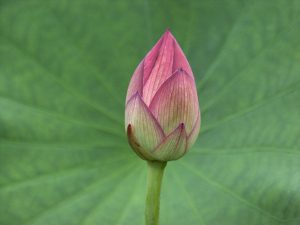 What follows is my attempt to articulate the meaning I intend for the brand name Bemu which provides the basis from which I work. I make no claim to being an expert on the matter but rather I am feeling my way.

What is this brand name all about? We could say be-mu. Be as in to exist. This refers to bringing ‘something’ into existence which can’t be considered out of the context of our own existence. What does it mean to bring ‘something’ into existence and where does ‘something’ come from? What does it mean to exist? I am interested in these questions because the act of designing or producing artwork is in essence is an act of creation. For me this creation is inextricably linked to living; I am creative. These questions are difficult to answer though. I believe that any intellectualised attempt at answering them would be going only part of the way.

In Zen and the art of motorcycle maintenance Pirsig states:

“Mu means ‘no thing’. Like quality it points outside the process of dualistic discrimination… ‘Unask the question’ is what it says. Mu becomes appropriate when the context of the question becomes too small for the truth of the answer.”

But what of this ‘dualistic discrimination’ that Pirsig speaks of? Typically we live with a distinct sense of self. ‘I’ am separate from what is ‘out there’. This subject object duality is largely accepted as reality however Nishida Kitaro the eminent Japanese philosopher of the 20th century believed that ‘pure experience’ comes before this distinction (Noda, 1955: 346)⁠. This pure experience to me is referring to the cutting edge of experience where one is fully present, where the dualisim of ‘me’ and ‘my experience’ gives way to the non-dualistic true nature of mind free from egocentricity. (Maraldo, 1995)⁠ states this “pure experience launches the dynamic process of reality that differentiates into subjective and objective phenomena on their way to a higher unity, and the recapture of our unitary foundation is what Nishida means by the Good”. Pirsig describes his intimation of quality as the happening that gives rise to subject and object (Pirsig, 1989: 236)⁠. Any rational grasping at a concept of quality would miss the mark or as Alan Watts might say a knife can’t cut itself and fire can’t burn itself. Could parallels between Nishida’s ‘good’ and Pirsig’s ‘quality’ be drawn?

So how would one go beyond a mere intellectual understanding of Nishida’s good and Pirsig’s quality? Why bother? For me experiential understanding comes from practice. Mindfulness practice and reflection, professional practice and generally the practice of living on a day to day basis. I don’t mean practice in the sense of striving to become better at something or trying to achieve some far out esoteric state of mind. I mean practice in the real down to earth sense of doing something for the sake of doing it. Like dancing, or making music. The ‘fruits’ of a process carried out in this way will naturally follow but don’t constitute the reason for doing it. At Bemu this practice provides the foundation for bringing ‘something’ into existence and is what ‘mu’ or ‘no-thing’ points to. The more mindful we are with a given task the more we get with it. The distinction between you and your work starts to dissolve, we start to care more about what we are doing. Who we are and what we create then becomes aligned with our true nature. Some call it Buddha Nature. This is a lifetime of practice.